The Ram pickup may be FCA’s linchpin vehicle. It is the brand’s bestseller in America, by far. In 2017, more than 500,000 of these full-size trucks rumbled off of dealers‘ lots, outselling FCA’s second-bestseller, the Jeep Grand Cherokee by a 2-to-1 ratio. Even in an American automotive market in which sales were down by nearly 2 percent, even in the last model year of production for the truck’s current generation, sales were up by more than 11,000 units over 2016.

“The Ram pickup is exceptionally important. Especially since the last one was so popular,” says FCA Design Head Ralph Gilles. “We’re in the middle of a truck war. And the public wins.”

No small part of the Ram’s success has been derived from its sneering appearance, its more carlike ride, and its potent Hemi engines. Sales have nearly tripled in this generation, and many of those sales are poached from competitors at Ford and GM.

So, when unveiling an all-new Ram pickup, many considerations have to be weighed. It has to fit in with the heritage of the vehicle, it has to offer significant advances, and it has to capitalize on its slight underdog status in comparison with the bigger players from Ford and General Motors, whose pickups sell over 800,000 units a year. 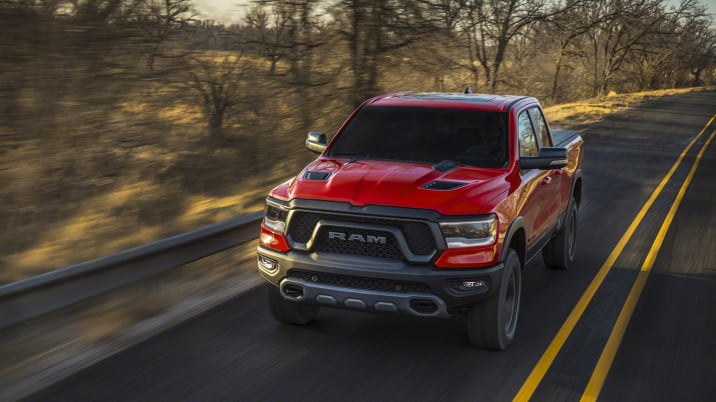 Gilles says that the distinctive, unique selling proposition of the Ram is based in no small part on its looks. “I think we are the most well-dressed,” he says. “The truck is sleek and smart looking, and will age well.”

Safety features are also key, especially when creating a smoothly holistic appearance, like the new Ram has. “We want to integrate all the safety features consumers want without making the truck look like it has the measles,” Gilles says.

Although the automotive market overall was down in 2017, pickup truck sales were up by nearly 5 percent over 2016, a rather stunning increase. But one that is reflective of contemporary tastes. Nearly two-thirds of all vehicle purchases in America last year were light trucks (this includes pickups, SUVs, crossovers, and vans.) In an era of intense technological change, this seems somehow retrogressive. 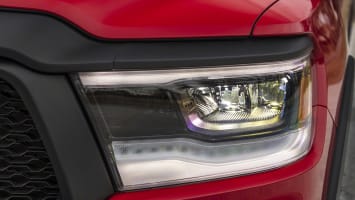 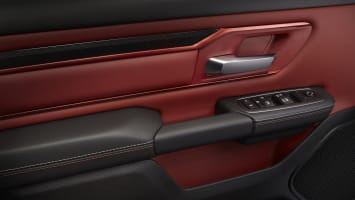 Yet the new Ram integrates a 48-volt battery and 300-watt lithium-ion battery — the eTorque mild hybrid system — that boosts torque briefly, and enhances efficiency. But with startups like Tesl, Workhorse and Chanje, and established brands like Mercedes and Mitsubishi, exploring or building electric trucks, we wonder if there is any broader consideration among the domestic manufacturers to electrification in this market.

“eTorque is not just a hybrid system for increased fuel economy but for excellent performance,” Gilles says. “We are trying to introduce it to our customers so they’ll enjoy and appreciate it and see they there is no drawback, no penalty. It’s all upside.”